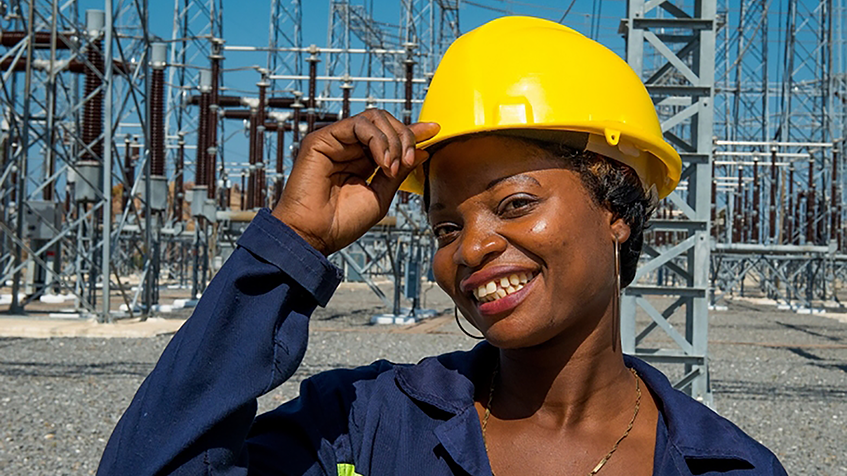 On May 7, 2015, the Global Partnership on Output-Based Aid (GPOBA) and Zambia's state power utility ZESCO announced the signing of a US$ 4.95 million grant agreement to connect low-income households and micro-and-small enterprises (MSE) to the national electricity grid. This is the first GPOBA-funded project in Zambia, designed to reach up to 140,000 beneficiaries in the poorest urban and peri-urban areas. GPOBA will subsidize 86 percent of the cost of standard connections and 82 percent of the costs of enhanced connections.

In addition to monitoring the planned connection of 22,000 households and 5,000 MSEs to electricity, the project also includes a gender inclusive component designed to ensure that women benefit equally from targeted benefits. Most MSEs are family-owned businesses, many employing only 1-2 people, such as shopkeepers, artisans, tailors, and tea/coffee shops. Funding for these connections has been facilitated by a US$ 5.8 million supplemental contribution from the Swedish International Development and Cooperation Agency, which included a commitment of funds for an independent verification agent and supervision.  (see August 2014 announcement)

The high cost of connecting to the electricity grid is a barrier for the poorest Zambians to access power, with only half of urban and peri-urban population enjoying energy for lighting and cooking; the access in rural areas is lower still with only three percent being connected, averaging the national rate to just under one in four Zambians with electricity.  This project supports the government of Zambia’s goal is to make electricity accessible to two out of three Zambians by 2030.

GPOBA will reimburse ZESCO, once the electricity connections have been made and verified by an independent third party. The GPOBA subsidies supplement the World Bank’s International Development Association’s US$ 4 million in results-based financing under the ongoing Increased Access to Electricity Services  project for Zambia.