Liberia: 16,806 Low-Income Households in Monrovia to Benefit from Electricity Connections 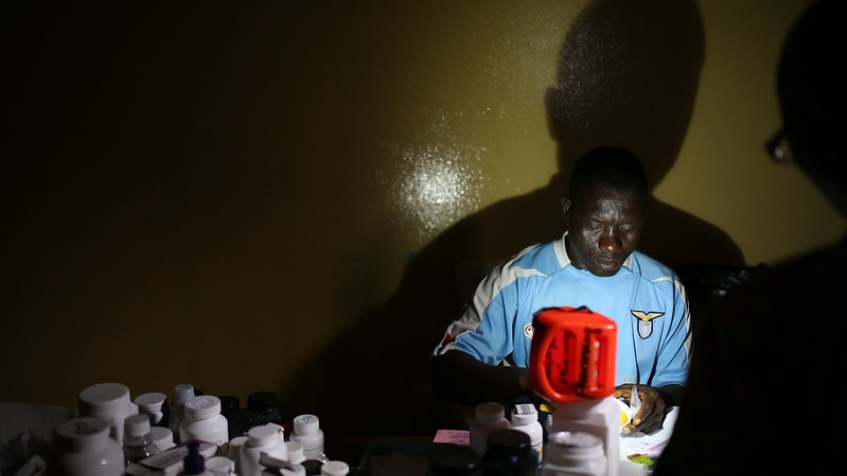 Monrovia, December 21, 2011 – The World Bank, acting as administrator for the Global Partnership on Output-Based Aid (GPOBA), has approved a grant of US$10 million to connect about 80,000 people to Monrovia’s electricity grid, raising the electricity access rate in Liberia’s capital from 0.6 percent to 8 percent. GPOBA funding will supplement capital allocations from various donors to install connections, initially targeting 21 priority low-income neighborhoods. The scheme will be implemented by the Liberia Electricity Corporation (LEC), the sole power company in the country.

Liberia is one of the poorest countries in Sub-Saharan Africa, with 64 percent of the population living below the national poverty line. A decade and a half of successive armed conflicts devastated the nation’s infrastructure and institutions, reducing access to key services like electricity to practically zero. Most households depend on expensive and polluting energy alternatives including kerosene, dry cell batteries and diesel generators for lighting and electricity needs. Households without access to grid electricity are estimated to spend up to 50 percent of their disposable income on energy-related expenditures.

“This innovative output-based aid scheme will help the Government of Liberia’s urgent goal to increase and improve access to electricity for its citizens,” said Ohene N yanin, World B ank Country Manager for Liberia. “The project will help make access to electricity more affordable by subsidizing the cost of connection and more inclusive by explicitly targeting the poor.”

GPOBA will pay LEC a capital subsidy of US$595 for each connection installed. The connections made through the output-based aid (OBA) scheme will help LEC increase its customer base and secure resources for further investments in access programs. Also, the utility will be able to speed up its goal to reduce tariffs and subsequently energy expenditure for Liberian households. LEC estimates that for every 10,000 new customers it acquires, tariffs will reduce by US$0.03-0.04. Ultimately, the savings made by households will help make more spending available for other commodities and education. LEC will receive the subsidy payment in two phases and in accordance with the OBA approach, only after independent verification of household connections. 80 percent will be paid after a connection in a priority neighborhood is made and verified; and the remaining 20 percent will be paid upon verification of proof of three months satisfactory service delivery to target households.

“We hope that by using this innovative and results-based approach--as part of a wider effort to expand distribution and power generation capacity in Monrovia—we can make affordable electricity connections a reality for all and help to improve living conditions among the poor,” said Shahid Mohammad, CEO of Liberia Electricity Corporation (LEC).

The GPOBA project is part of the Liberia Electricity System Enhancement Project (LESEP). The scheme will be financed jointly by GPOBA (US$10 million), the Government of Norway (US$5.8 million), and user contributions (US$0.8 million). LESEP is funded through a US$29 million grant from the Government of Norway, a US$10 million IDA credit from the World Bank and US$2 million grant from the World Bank’s Africa Renewable Energy Access (AFREA) program.