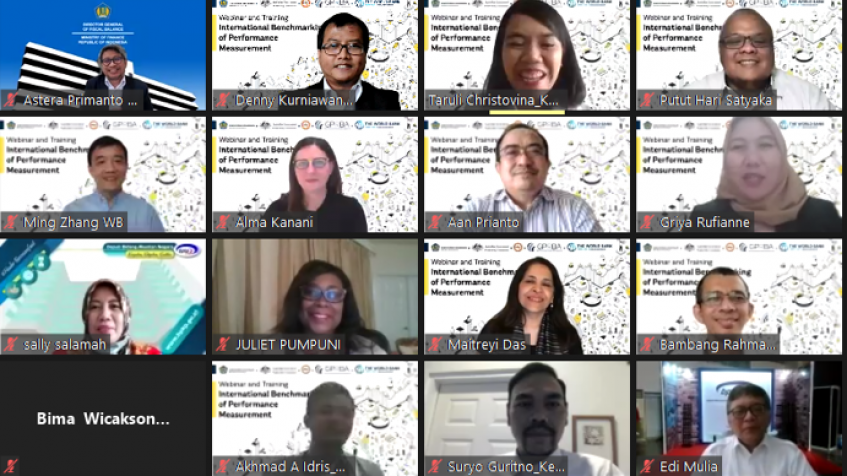 About 330 participants joined a three-day international webinar (half-day each) on performance measurement and intergovernmental fiscal transfer on February 22-24, 2021. Representatives from five key Indonesian government institutions*  engaged in discussions on improving services through performance assessment, performance benchmarking, data analytics, and an overview of performance measurement systems in Indonesia and Australia. The governments of Indonesia, the Philippines and Australia organized this event, which was the result a GPRBA technical assistance (TA) activity initiated in 2014 to support Indonesia's Local Government and Decentralization Project (LGDP) to expand and scale up verification mechanisms to measure outputs and outcomes of fiscal transfer spending.

The webinar marked an important milestone to further institutionalize the reforms within the Indonesian government, as well as a key foundation to advance the performance measurement system. This GPRBA TA has demonstrated the sustainability of the output verification mechanism by utilizing Indonesia’s own independent auditor (BPKP) and thereby achieving one of GPRBA’s main objectives to mainstream output-based aid/results-based financing in World Bank client country systems. The goal is to connect more countries to learn from governments with well-established performance measurement systems such as the Australian example while sharing Indonesia’s achievements.

As a follow-up to the webinar, a Focus Group Discussion was establised to facilitate brainstorming sessions among key representatives from the ministries to develop a draft roadmap for the infrastructure grant performance measurement system improvement in Indonesia. A follow-up learning and knowledge exchange is also being explored with the South African government on infrastructure grant scheme best practices, associated results framework and measurement.

For more details, read a summary of this webinar and training event "Measure-and-Benchmark Subnational Government Performance for better Public Service Delivery: Lessons from Australia and the Philippines"