International Year of Sustainable Energy for All 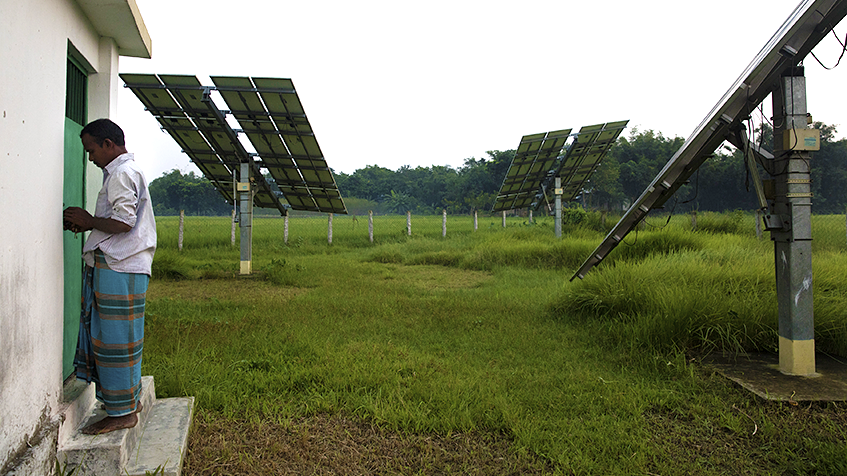 The International Year of Sustainable Energy for All (the Year), officially launched on January 16, 2012 at the 2012 World Future Energy Summit (the Summit) in Abu Dhabi, aims to focus the world’s attention on the critical role energy plays in sustainable development. Access to energy remains a global challenge, especially for the world’s poorest people. In fact, access to modern energy sources is considered key for the achievement of the Millennium Development Goals.

This short video highlights the challenges and opportunities

In his keynote address at the Summit, United Nations (UN) Secretary General Ban Ki-moon shared his own experience of growing up without electricity during the Korean war. The UN has identified three key objectives for sustainable energy access, with a goal that all three be achieved by 2030:

Energy is one of the priority sectors for the Global Partnership on Output-Based Aid (GPOBA)’s efforts to make access to basic services a reality for the poor, using output-based aid (OBA) approaches. OBA links the payment of aid to the delivery of “outputs” like connection to electricity grids, water and sanitation systems, or healthcare services. Service delivery is contracted out to a third party, which receives a subsidy to complement or replace the user fees. Service providers pre-finance the project until outputs are delivered, shifting the risk of non-delivery from the public funding body or donor. Explicit targeting by income or geography helps ensure that OBA subsidy payments reach those who need it most--the poor.

In Bangladesh, GPOBA has committed about US$14 million to the Rural Electrification and Renewable Energy Development (RERED) OBA solar home systems (SHS) scheme. The project has already connected over 1.5 million people, living in rural or remote areas, to affordable electricity through SHS. Beneficiaries of the OBA scheme share some of the positive impacts:

In the 2 years since Mujib Rehman, a 32-year old father of two, has had the SHS installed, his monthly income has increased by 1,000Tk. Before, he used candles and kerosene for lighting purposes, which had its own challenges including high cost and bouts of bronchitis.

Hajra Begum, a mother of four, recalls the toxic fumes her family was exposed to from using kerosene before the installation of SHS two years ago. For her family, the SHS can power up to five lights, allowing her children to study in the evenings. For Hajra, the SHS also means she can keep her mobile phone charged, allowing her to keep in touch with her husband who works away from home as a laborer in southwest Asia.

Mustafa owns a barber shop and has had an SHS for 13 months. Before, he  had to ‘borrow’ power from his neighbor at a cost of 200Tk./month to run his business. Despite paying for access, Mustafa had no control over how long or when he could use the power supply. Now, he has full control of his access and the impact on his business has been positive, even allowing him the flexibility to open the shop as late as 9 pm.

The OBA scheme is part of the on-going World Bank RERED project, which is considered to be one of the most successful SHS programs in the world. The overall target for GPOBA’s scheme is to help nearly half-a-million households gain access to electricity through the SHS project, especially those in areas where access to the electricity grid is not a viable option. So far, 300,910 households have been connected.