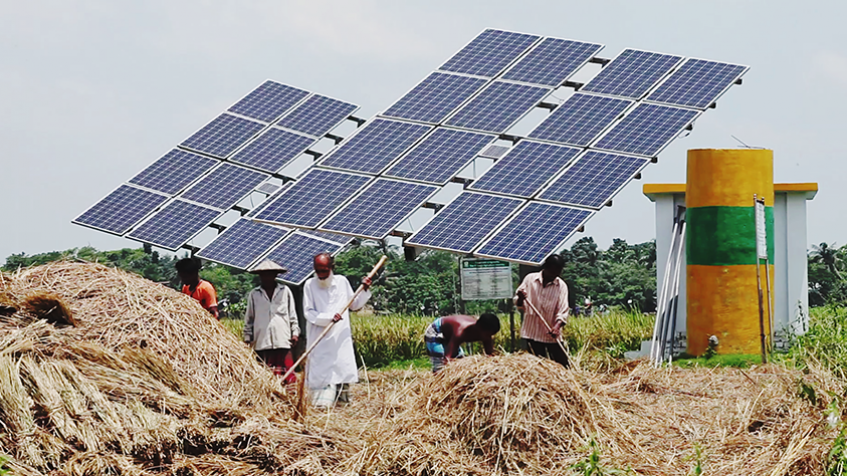 In May 2010, GPOBA signed a Grant Agreement for $7.2 million of DFID funding to assist lower income rural households in Bangladesh gain access to this more affordable supply of electricity. In March 2011, an amendment  to the Grant Agreement followed for an additional $6.75 million in subsidies from the Swedish International Development Agency (Sida). This initiative has allowed over 315,000 households to install a solar home system (SHS), and approximately 1.6 million beneficiaries have been able to enjoy a higher quality of life thanks to this renewable source of energy.
Earlier this spring, the state-owned Infrastructure Development Company Ltd (IDCOL) of Bangladesh announced the installation of a cumulative total of 2 million SHS, a resounding success since the inception of the program in 2002. What began initially as an attempt to install 50,000 SHS units over five years has now expanded into a drive that is installing approximately 60,000-70,000 units a month, and anticipates installing another 4 million units by 2015, and possibly reaching 7.5 million units by 2020.

The two million SHS units installed since 2002 have allowed Bangladeshis in rural areas to  enjoy an improved quality of life, increase economic activity levels, save on energy expenses and feel safer at night.

GPOBA (as the administrator of the DFID and Sida funds), along with KfW and the German Development Agency, subsidized the accessibility of the SHS via a microcredit system. The output-based aid (OBA)  subsidy was a fixed US$28, although the partner organizations (POs) made available systems between 10 watts to 135 watts. Households that chose a smaller system because of their affordability relative to income thus benefitted more from this subsidy. Households would then make a 10 percent down payment, repaying the remaining 90 percent over three years at market  rates to providers of the microcredit, or "partner organizations" (POs). Once the systems were installed, the POs would apply for refinancing from IDCOL (at a lower interest rate and for a longer repayment period). Upon verification, IDCOL would then release the credit and a fixed subsidy to the POs, which would allow them to install more systems with these funds.

The World Bank and other donor agencies (Asian Development Bank, Islamic Development Bank, JICA of Japan, and KfW of Germany), in partnership with private sector and non-governmental organizations (NGOs) also provided financial support for this project. The World Bank contributed approximately US$492 million for the portion of the project that closed in December 2012, but added US$155 million in September 2012 for the Rural Electrification and Renewable Energy Development Project 2 (which goes through 2018) to further scale up the solar home systems and other renewable energy options. The World Bank has designated the Bangladeshi experiment the fastest growing example of solar generated power for homes on the globe, and has been due in large part to the successful partnering between IDCOL and NGOs such as Grameen Shakti and Rural Services Foundation, among others. A World Bank sponsored booth at the IDCOL Green Energy Expo 2013, a three-day alternative energy fair held in Dhaka on May 12-14, 2013, with this project receiving wide coverage and recognition at this event that was inaugurated by Prime Minister Sheikh Hassina herself.

Though less than half the country's population of 151 million has access to the electricity grid, the SHS have proven to be an economically viable solution for providing electricity in rural areas and towns where extension of the electricity grid would be prohibitively expensive. The SHS kit consists of a solar panel, a battery and a charge controller and has been immensely beneficial to users who had previously been dependent on kerosene, a more expensive fuel. It is estimated that 50,000 new jobs have been created from the transition to solar power, and the benefits have allowed children to study longer, merchants to conduct business longer hours and more economically, have replaced diesel as fuel for irrigation, and have contributed to an overall sense of security in communities after dark.