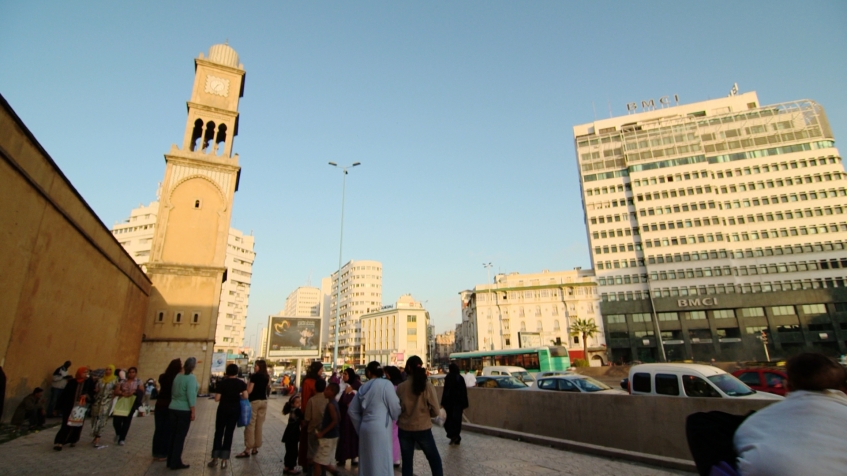 Donors renewed their support for the Global Partnership on Output-Based Aid (GPOBA) and the Public-Private Infrastructure Advisory Facility (PPIAF) at GPOBA and PPIAF’s first joint program council meetings in Casablanca.  The two programs also organized a workshop for their donors on “Improving Access to Basic Infrastructure Services through Output-Based Aid (OBA) and Public-Private Partnerships (PPP),” and a site visit to the OBA urban water and sanitation pilot in Casablanca.
Discussions with PPIAF’s donors

The donors expressed their support for PPIAF’s work to encourage PPP initiatives in fragile states.  Demand is great in countries such as Burundi, Guinea, and Sudan, and in sectors such as telecommunications, where a legal and regulatory framework needs to be in place to attract investors.

PPIAF’s donors also appreciated the innovative PPPs and sub-national technical assistance transactions that the program is supporting.  Examples include an irrigation project targeting small subsistence farmers in Ethiopia and a scheme to increase access to commercial financing for sub-national entities in Peru.

A good piece of news from the meeting is that the declining trend in financing for PPIAF has been reversed.  This should enable the program to build a stronger pipeline and continue providing technical assistance to governments to support the creation of an enabling environment for the provision of basic infrastructure services by the private sector.

The donors endorsed GPOBA’s strategy for 2012-2013, under which GPOBA will continue to fund, design, demonstrate, and document output-based aid (OBA) approaches to improve delivery of basic infrastructure and social services to the poor in developing countries.

Priorities are to fund new OBA subsidy schemes and to develop GPOBA’s role as a center of expertise.  The goal is to mainstream OBA approaches with governments and other development partners.  GPOBA will also provide technical assistance for other results-based financing projects, in line with donor priorities.
One recommendation that came out of both meetings was for GPOBA and PPIAF to improve communications and collaboration with their donors’ country offices.

On June 16, 2011 PPIAF and GPOBA held a workshop in Casablanca for their donors and Moroccan development partners on “Improving Access to Basic Infrastructure Services through OBA and PPPs.”

The event was opened by Ms. Zoubida Allaoua, director of the World Bank’s Finance, Economics, and Urban Development Department, and Ms. Adriana de Aguinaga, program manager of PPIAF and GPOBA.

Innovative PPPs in water, sanitation, solid waste, and renewable energy were discussed in the first session which highlighted experiences in Morocco and other countries.  The development of solar energy in Morocco, which the World Bank is supporting, elicited a lot of interest from the participants.

The speakers at the PPP session were Mr. Abderrahmane Semmar (Ministry of Economy and Finance of Morocco), Mr. Jacques Labre (Suez Environnement), a representative of the Moroccan Agency for Solar Energy, and Ms. Bianca Denfeld (KfW).

The second session focused on improving access to water and sanitation services using OBA approaches.  GPOBA showed a new documentary film on the Morocco OBA urban water and sanitation pilots, which it is funding, followed by a panel discussion with the project partners.

Speakers and panelists at the OBA session included:

In the afternoon of June 16, GPOBA took the donors to meet beneficiaries of the OBA urban water and sanitation pilot project in Casablanca.  This project, which is also being implemented in Meknès and Tangier, has provided water and sanitation connections to over 50,000 people so far.

Ms. Fatima Louada, who appears in the documentary film, and her neighbors welcomed the donor representatives to Lamkensa, an informal settlement on the outskirts of the city which has benefited from the project.
The donors greatly enjoyed the visit which allowed them to see for themselves how the OBA water and sanitation connections are improving people’s lives.
Related Activities
Improving access to Water and Sanitation in Morocco
Join the Community